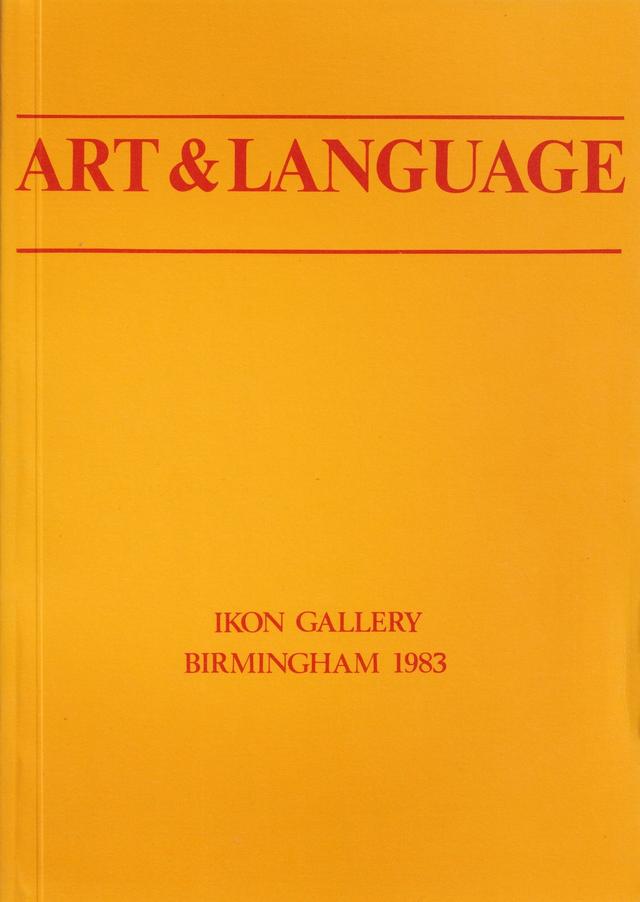 Original catalogue from the 1983 exhibition of influential Art and Language at Ikon Gallery in Birmingham, England. Including the text ‘The Orders of Discours: The Artist’s Studio*’ by Charles Harrison, ‘Art & Language Paints A Picture* — A Fragment’, as well as work reproductions and appendixes.

The name Art & Language was first adopted in 1968, to refer to a collaborative practice that had developed over the previous two years between Michael Baldwin and Terry Atkinson, in association with David Bainbridge and Harold Hurrell. Over the next several years it stood for a collaborative practice with a growing and changing membership associated with the journal Art-Language, first published in May 1969. In the following year Mel Ramsden and Ian Burn merged their separate collaboration with Art & Language. From 1976, the genealogical thread of Art & Language’s artistic work was taken solely into the hands of Baldwin and Ramsden, with the theoretical and critical collaboration of these two with Charles Harrison who died in 2009. Baldwin and Ramsden are preparing an exhibition at MACBA in Barcelona in September 2014 and at the Lisson Gallery in November 2014. 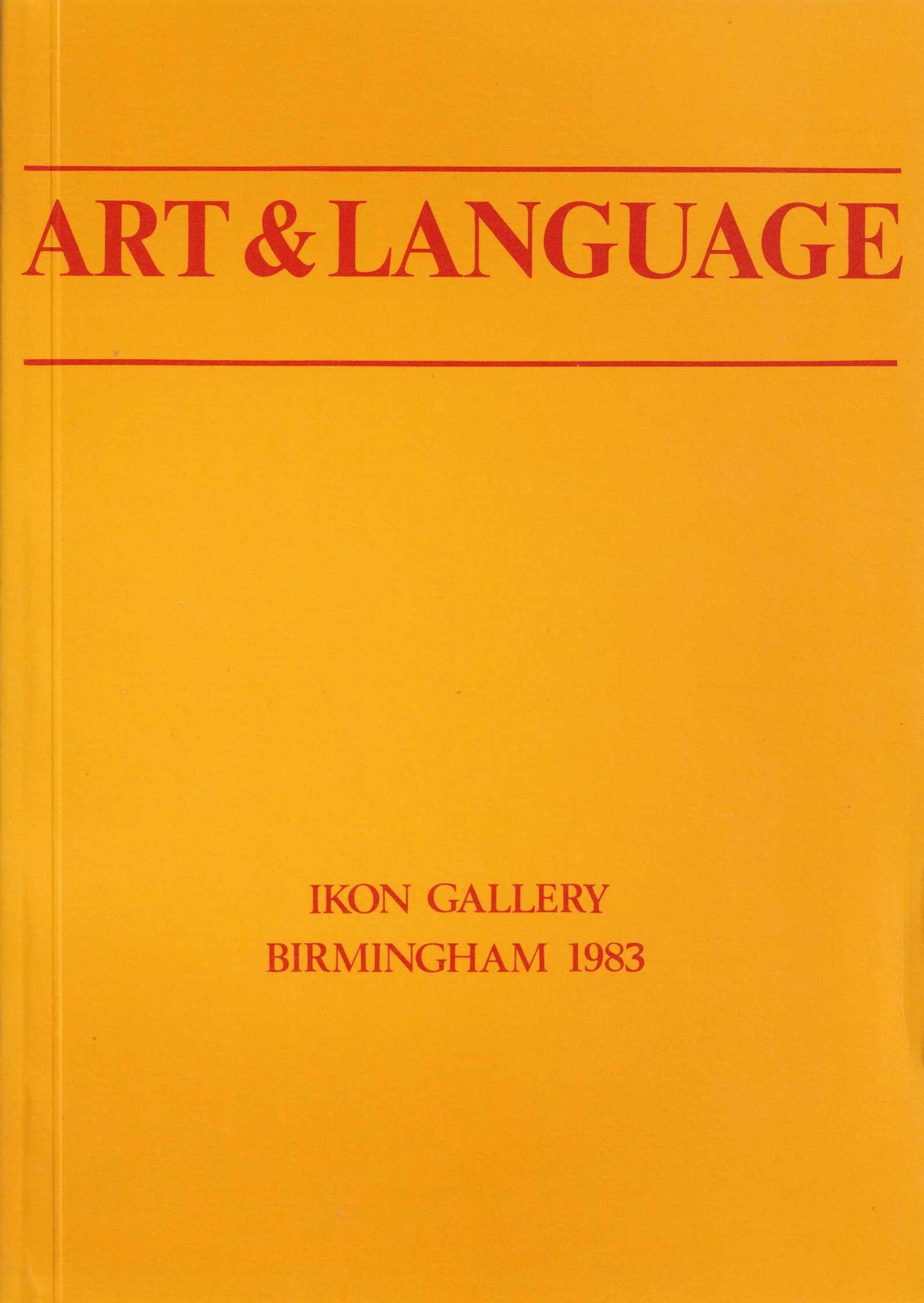