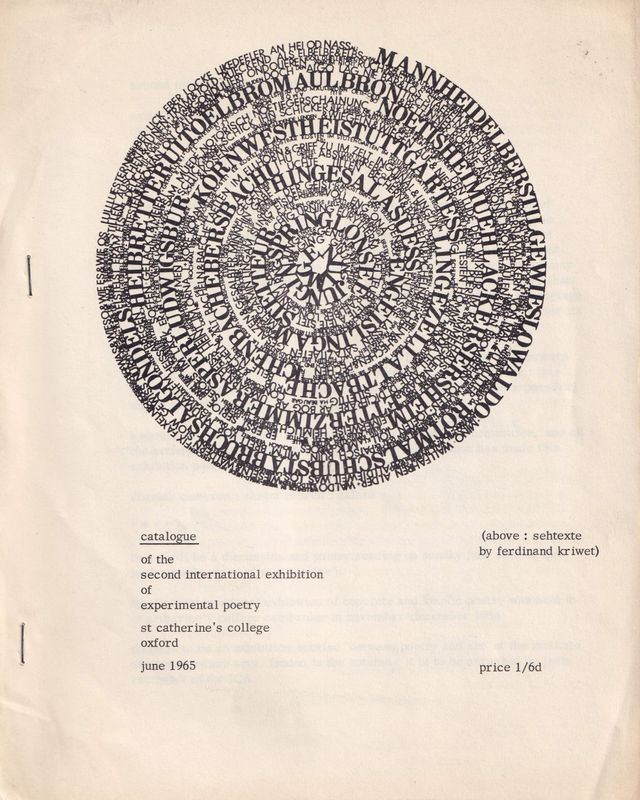 Catalogue of the Second International Exhibition of Experimental Poetry.

Catalogue for the Second International Exhibition of Experimental Poetry, held at St. Catherine’s College, Oxford, in June 1965. The cover features ‘Sehtexte’, an artwork by Ferdinand Kriwet, followed by an introduction by Charles Cameron and a list of the numerous exhibitors arranged alphabetically according to their country of origin.

“This exhibition attempts to bring together a representative selection of works from the various groups and individuals who are now working in the fields of concrete kinetic and phonetic poetry: avant-garde work of interest has however been included in the exhibition even when it cannot easily be fitted into one of these categories: some is clearly nearer poetry than art: but all the work as some connections with experimentation in language, with the exception of one work of kinetic art which has been included for its own sake.

Much of the work shown in this exhibition has been produced by members of groups working in close contact often centred about a magazine: this grouping has been followed in the arrangement of exhibits (where possible) and in setting out this catalogue”. — From the introduction by Charles Cameron.

Catalogue of the Second International Exhibition of Experimental Poetry. 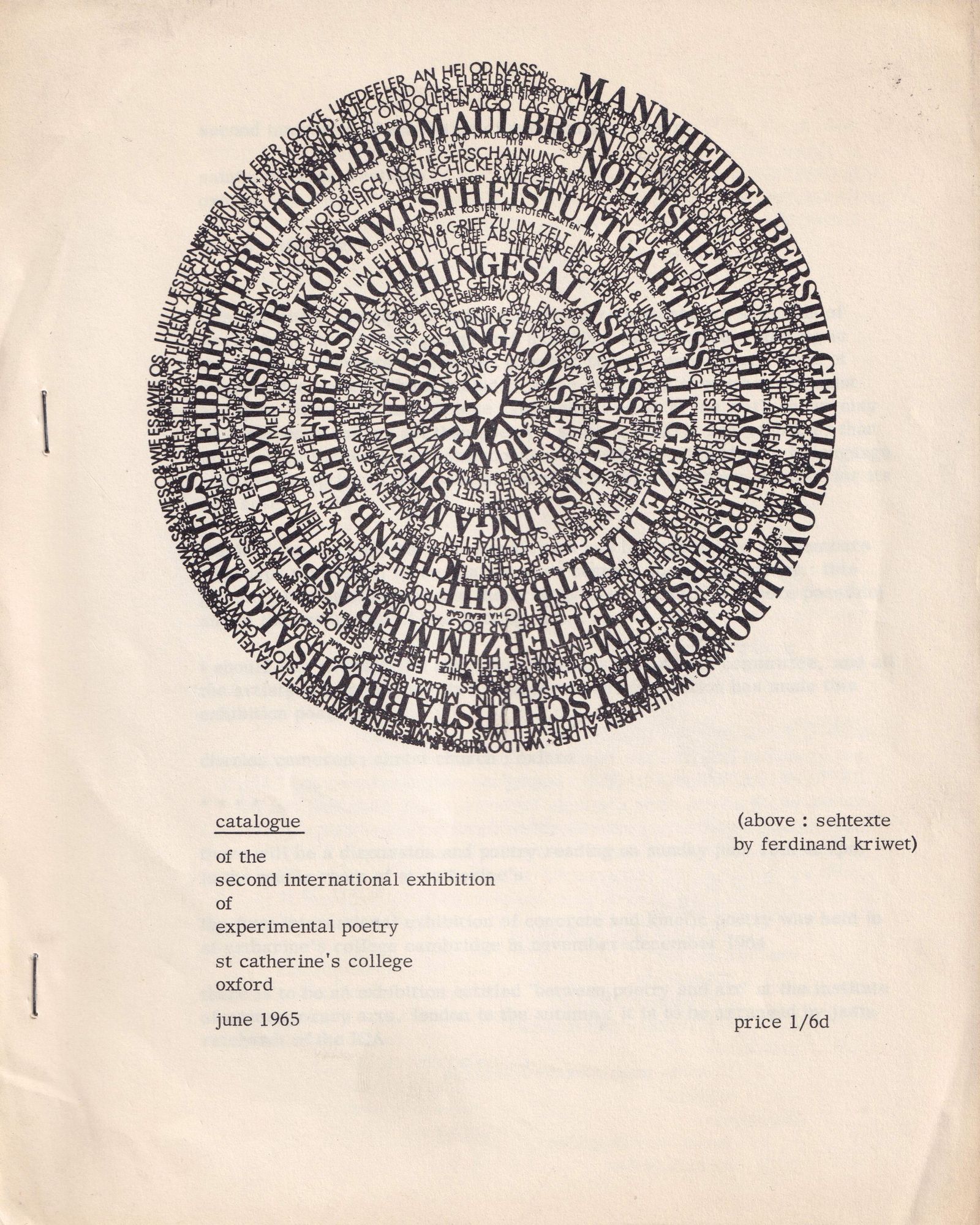 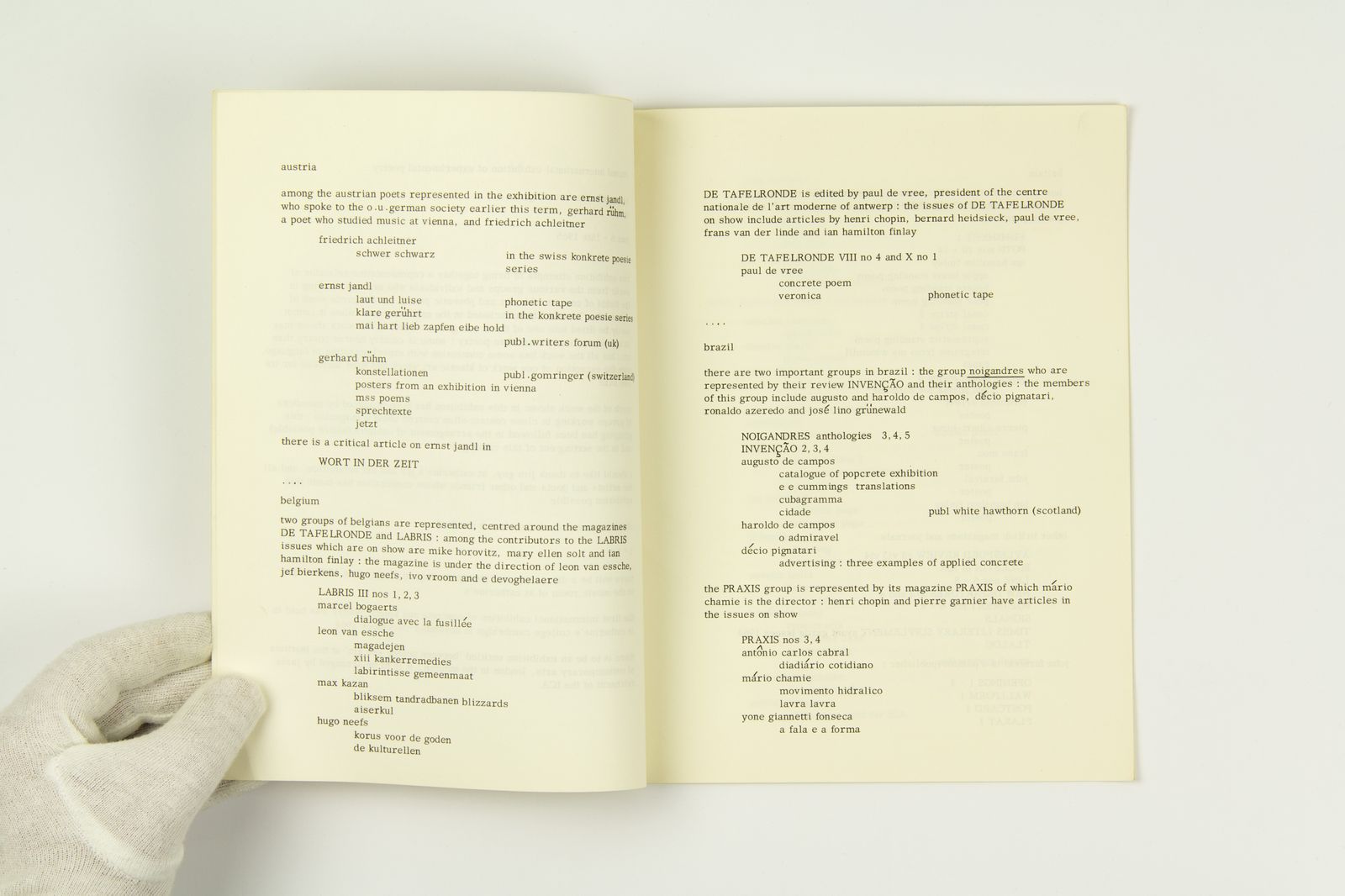 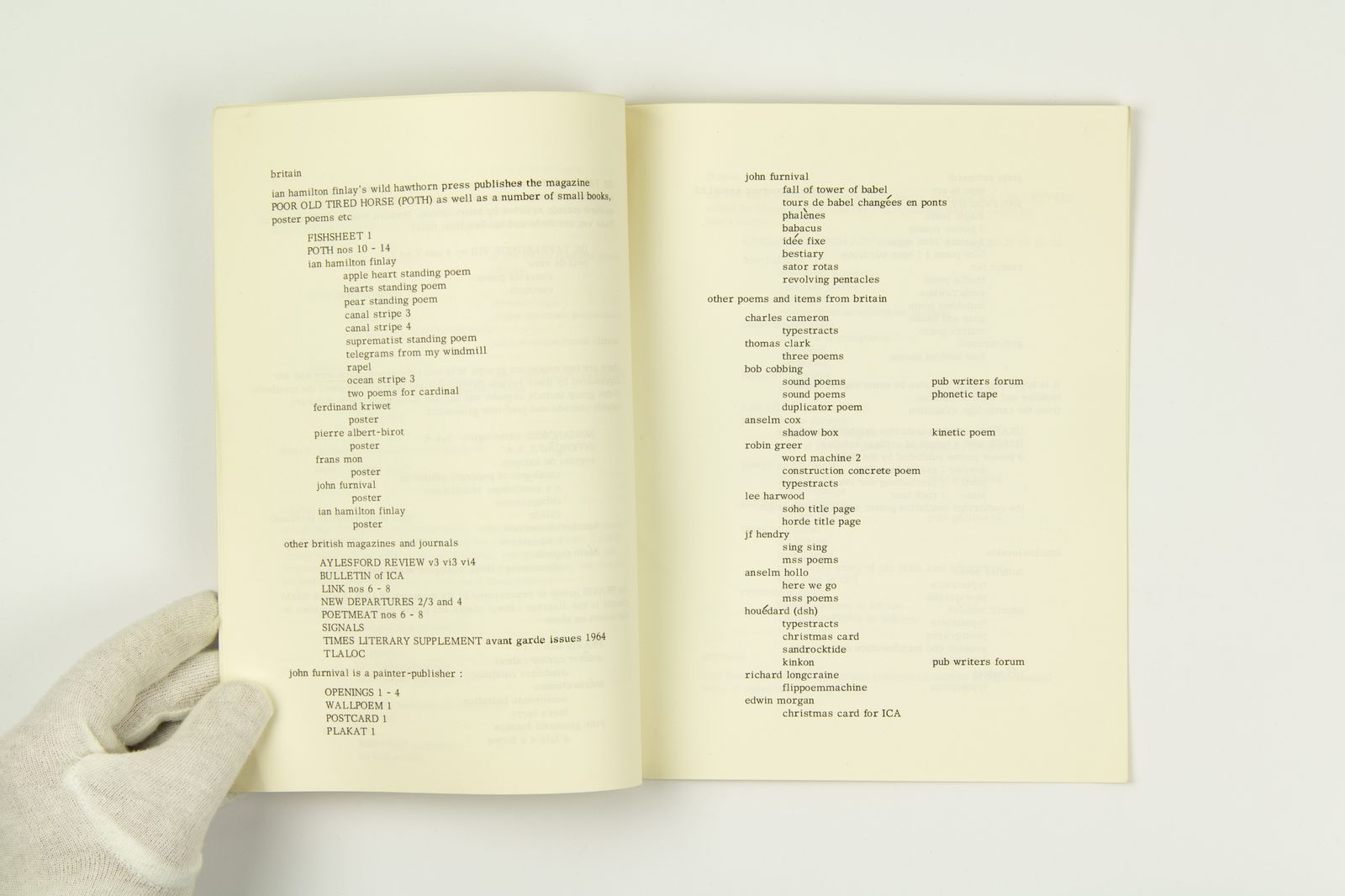 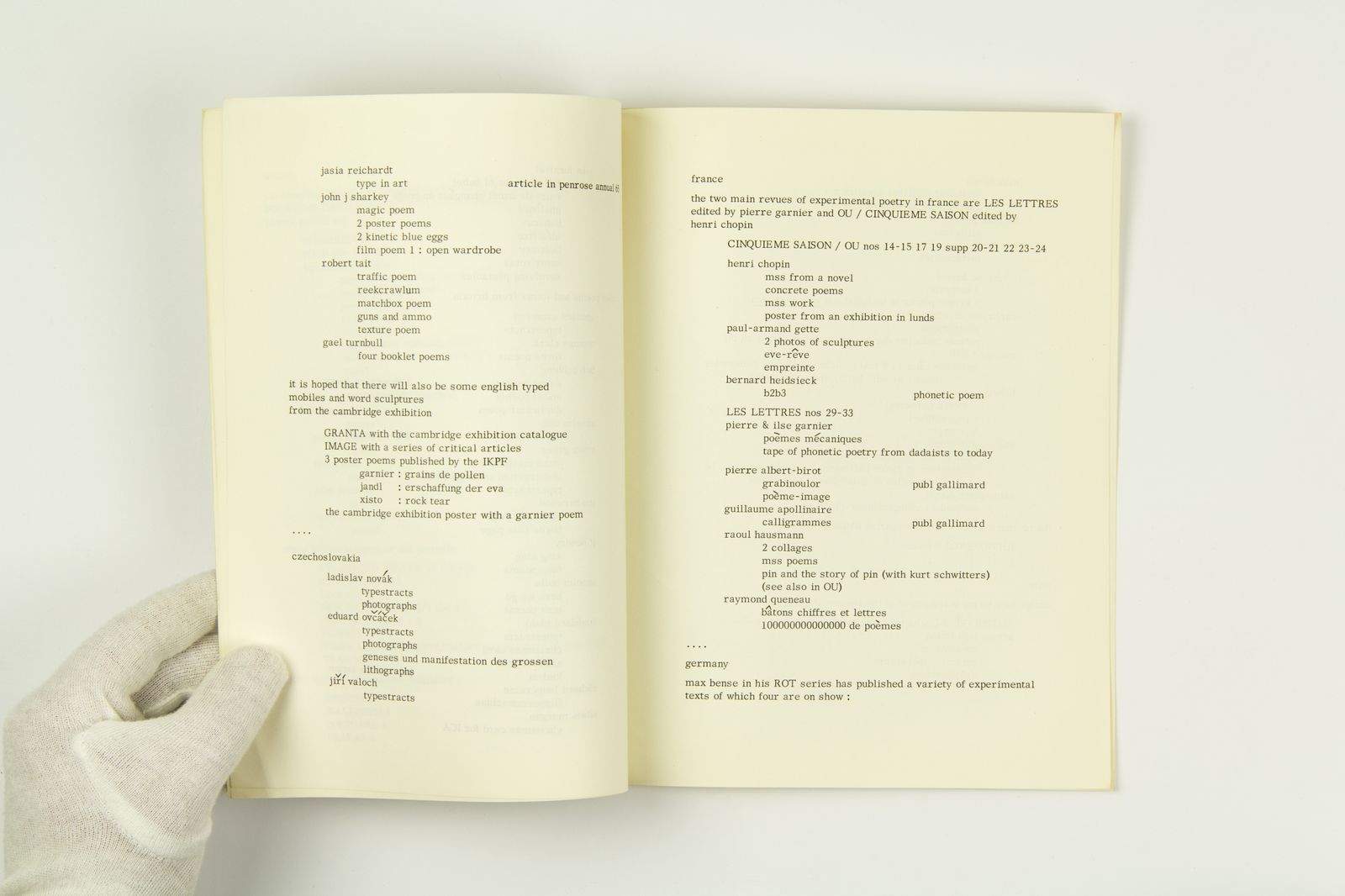 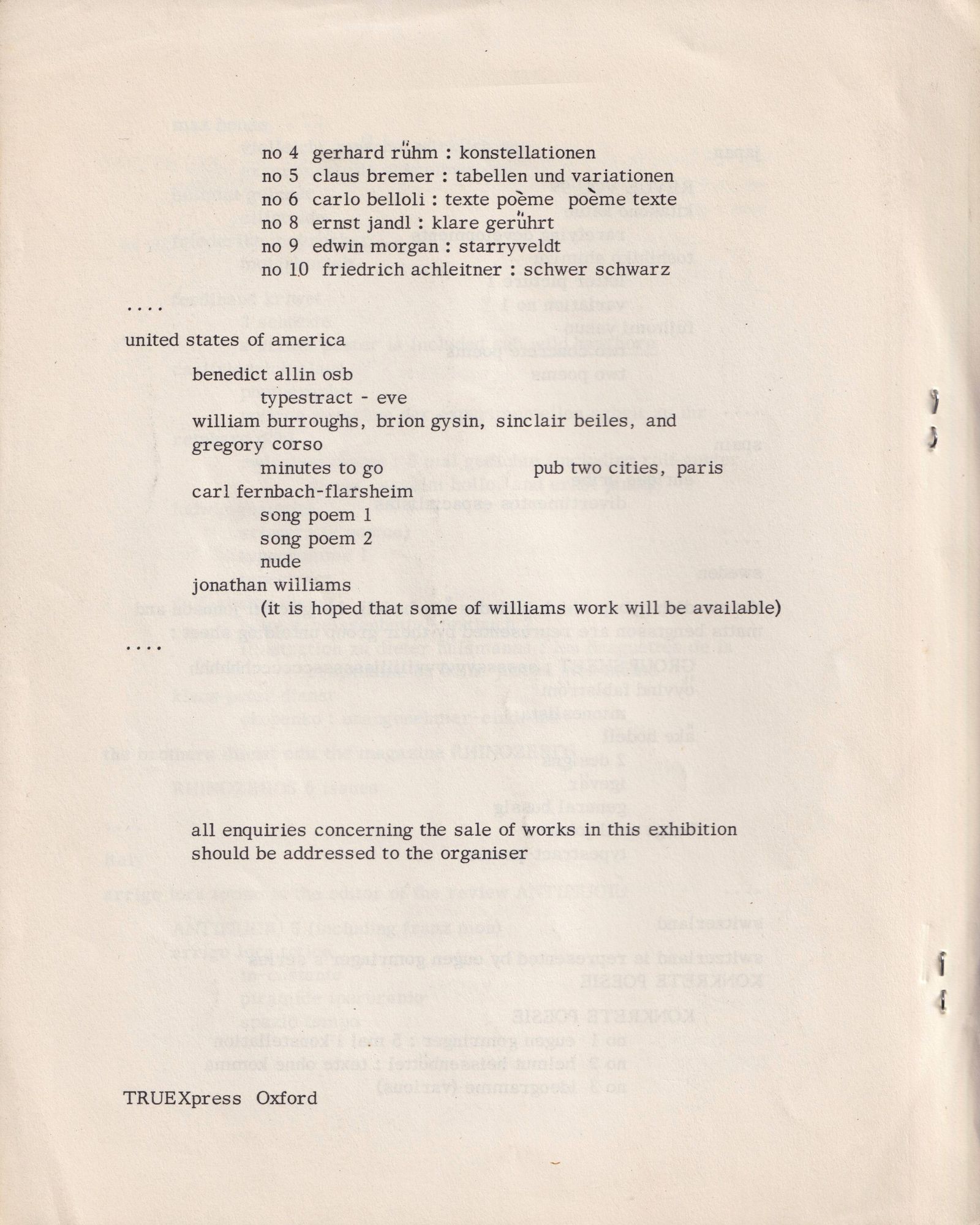