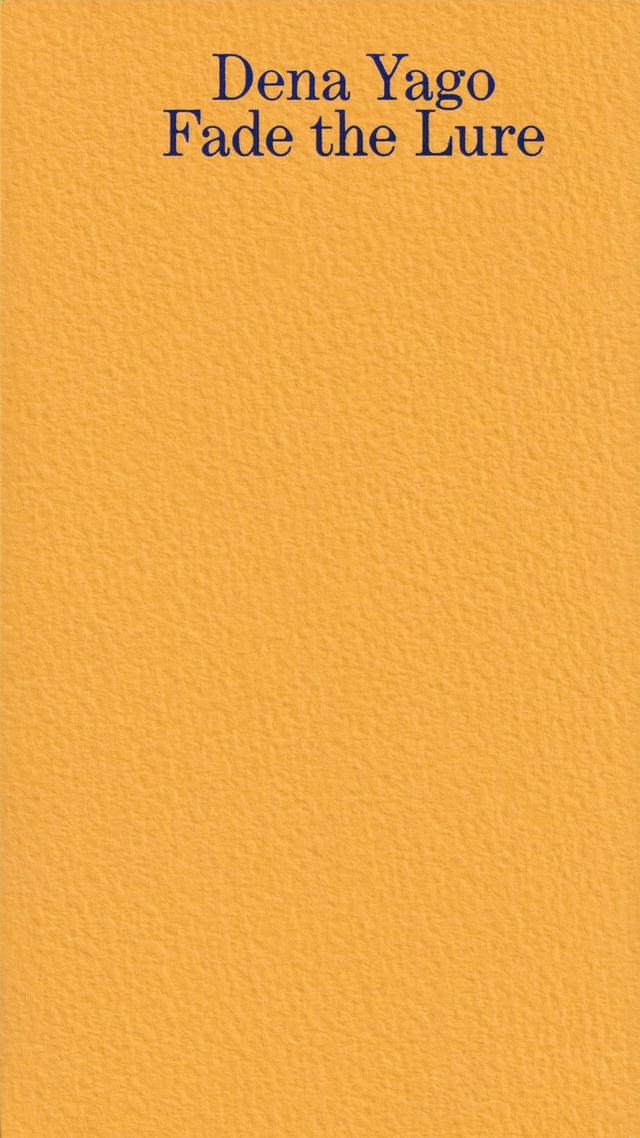 ‘Fade the Lure’ is a collection of poems and photographs created between 2014 and 2017, during Dena Yago’s experience working and living alongside emotional support dogs in Los Angeles. In Yago’s words, poetry is sometimes “a form of communication created out of the desire to avoid, and an inability to engage in other forms of direct communication” with animals or humans. Fade the Lure explores the possibility for the poem to account for relationships that materialize and live beyond words, while being embedded in a consumerist society’s confined structures.

Dena Yago (born 1988, lives & works in NYC) is an artist, a writer and a poet. She was one of the founding members of K-HOLE, a trend forecasting group active from 2010 to 2016. Recent publications include Ambergris (Bodega) and Esprit Reprise (Pork Salad Press). Her work has been exhibited worldwide, including at the Museum of Modern Art in Warsaw and at Bodega in New York. — Publisher’s blurb. 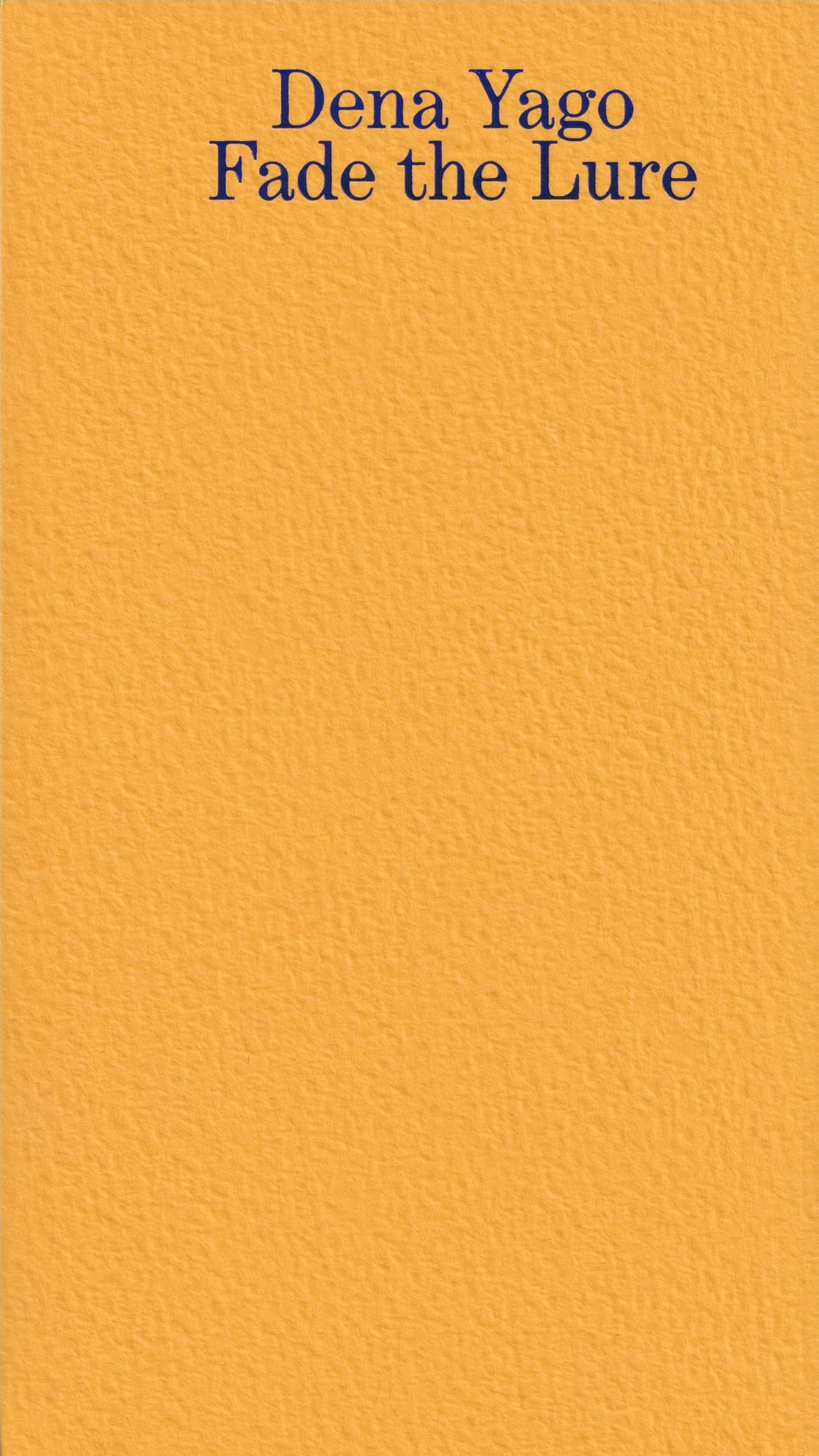 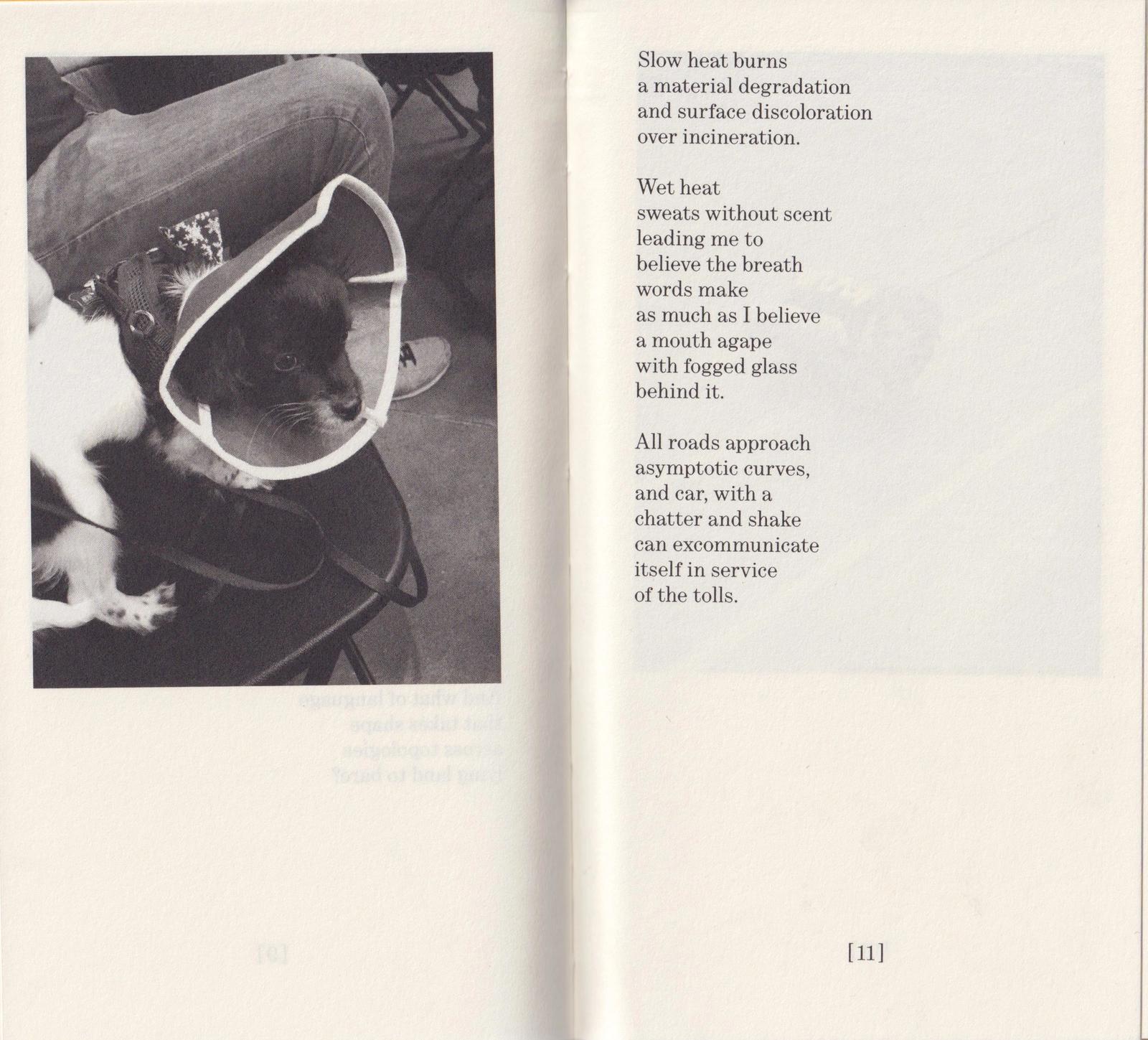 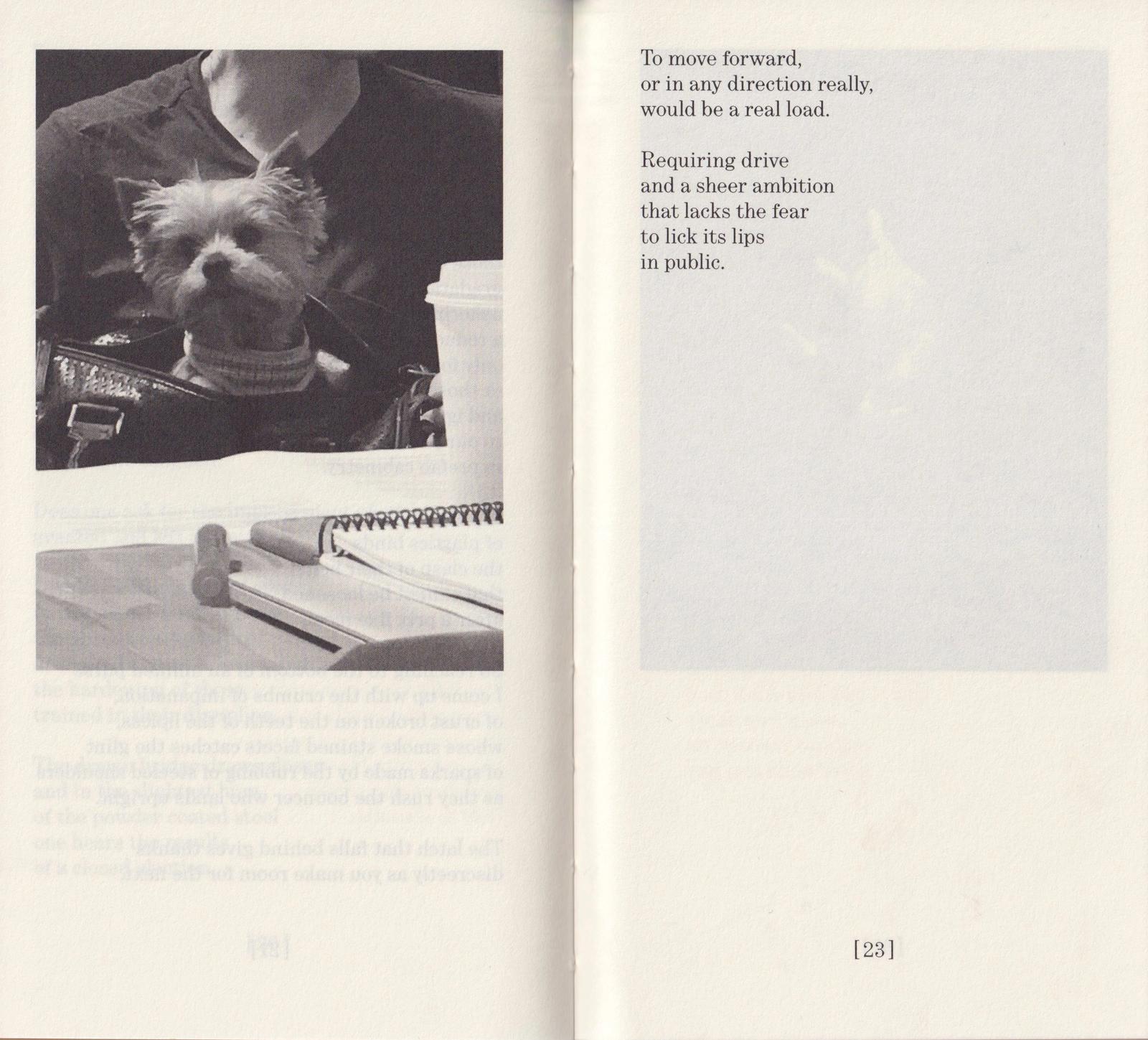 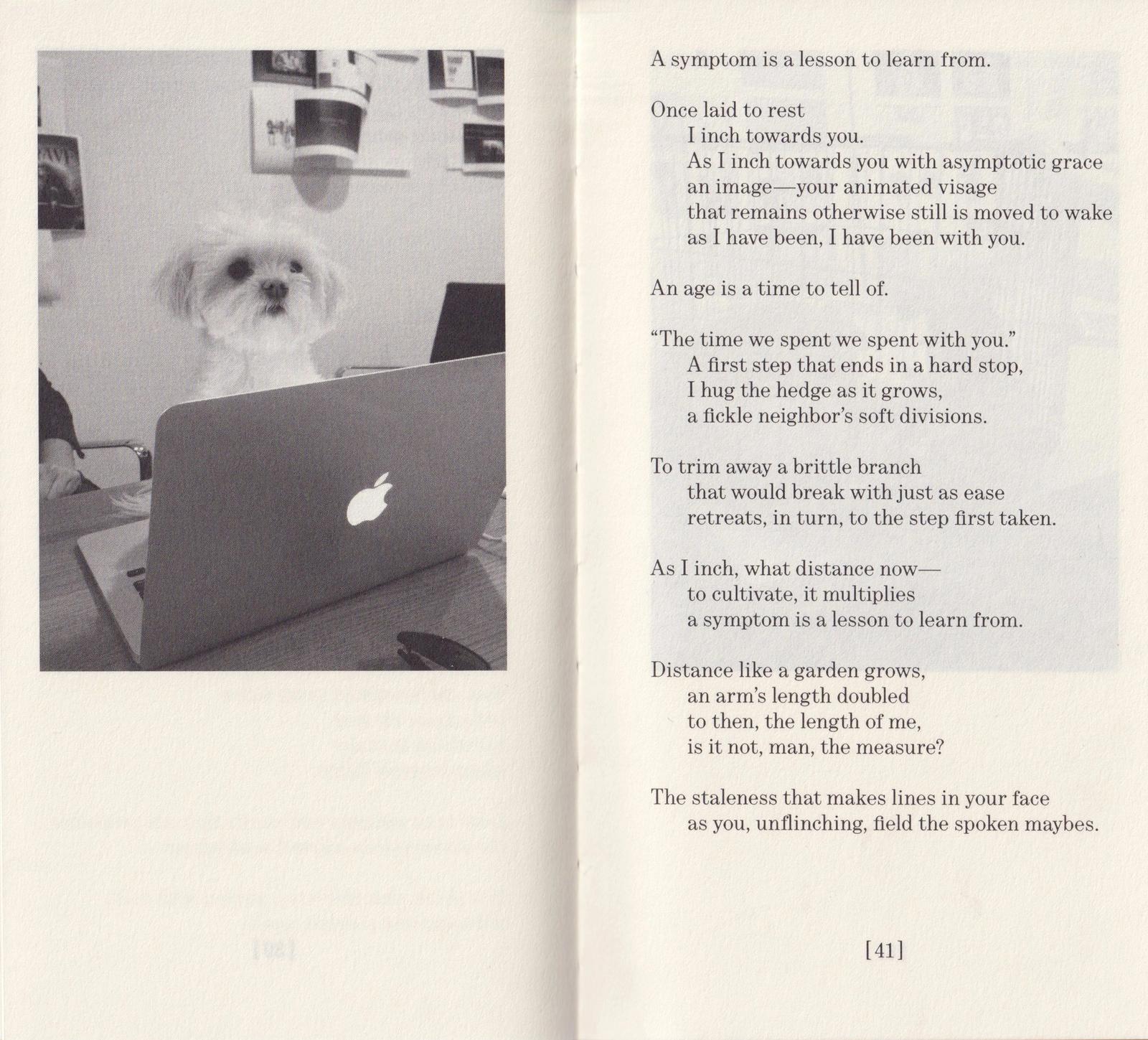 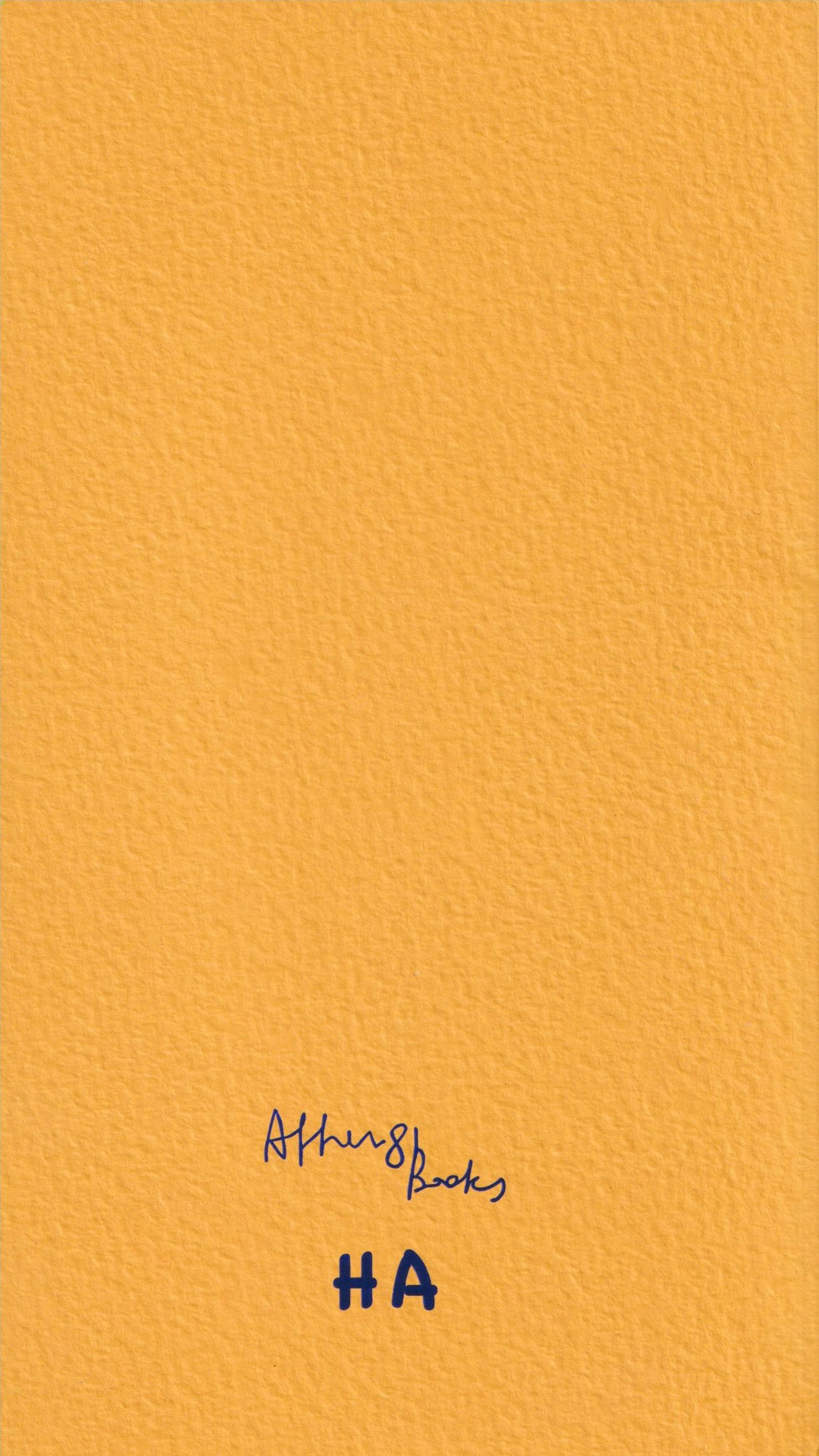