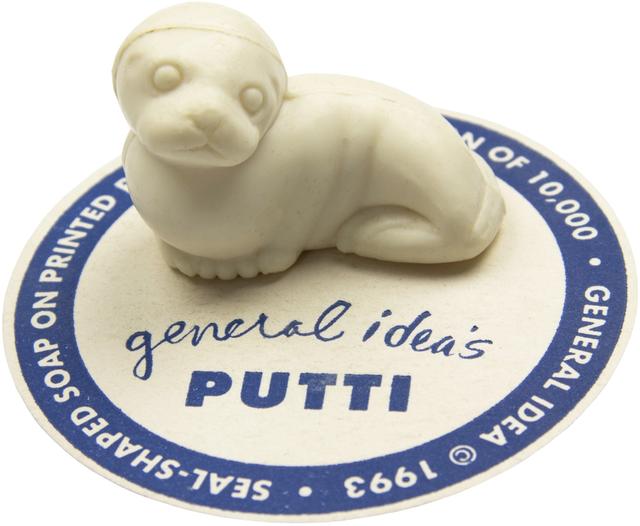 General Idea’s Putti was a multiple produced by General Idea in 1993. The floral scented seal soap was found at a pharmacy by one of the member’s mothers and noticing its resemblance to the artists’ installation ‘Fin de siècle’, she bought a few as gifts. General Idea then contacted the supplier to buy the remaining stock and printed pulp board bases for each to sit on. Of the 10,000 produced, very few remain for sale today. 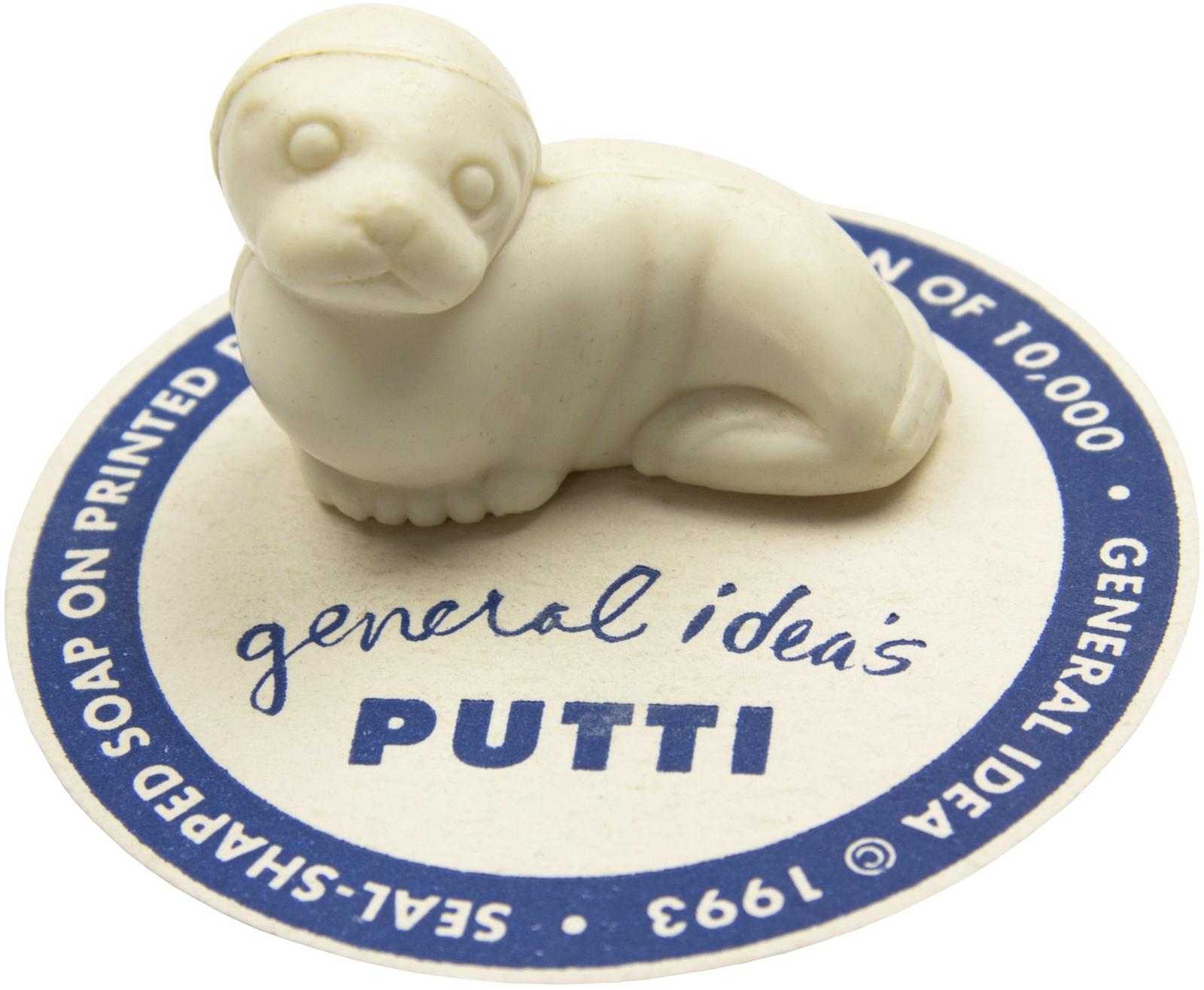