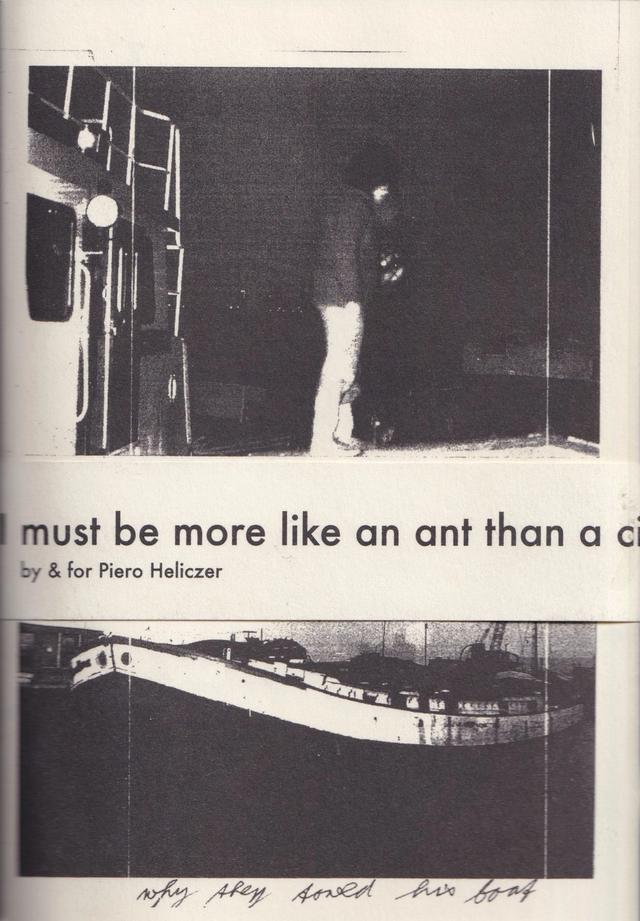 I Must Be More Like an Ant Than a Cigale Because I Like to Sing in Winter.

Counter Culture Chronicles and Casioli Press from The Hague have joined forces with Bart De Paepe’s Sloow Tapes from Stekene, Belgium to publish a lovely edition dedicated to Piero Heliczer. The book, designed by Lula Valletta and risographed by Stencilwerck, is “a tribute to Heliczer’s creative mind and to the man himself by friends, admirers and people Heliczer worked with”, according to CCC’s René van der Voort. Memories of Heliczer, eyewitness reports, investigations into lost works and actions and writings from obscure Dutch magazines by Heliczer himself have been compiled in this edition, which also contains photographs by Harry Hoogstraten, a letter to the Dutch queen by Heliczer and a couple of other extras. Other contributors than René van der Voort and Harry Hoogstraten to this Heliczer tribute are Eddie Woods, Harry Ruhé, Hans Plomp and Alain Diaz. This book is a valuable addition to the existing works and biographies dedicated to Piero Heliczer as well as a collectible book in itself.

Poet, publisher, actor and filmmaker Piero Heliczer was born to a German mother and a Polish father in Rome in 1937. After his father, who was active in the resistance, had been murdered by the Gestapo, Piero and his mother emigrated to the US in the 1940s, where he enrolled at Harvard in 1955 only to drop out two years later. Heliczer moved to Europe, where he co-founded the seminal Dead Language Press with his high school friend, poet and composer Angus MacLise. After having relocated to London in 1960, Heliczer returned to the US in 1962. There he worked with Jack Smith, Andy Warhol and The Velvet Underground and produced some 25 experimental 8mm films. After having lived hand to mouth in Amsterdam and New York in the 1970s and 1980s, Heliczer moved to Normandy in 1984, where worked in a secondhand bookstore until his death in a road accident in 1993. — From the publishers.

I Must Be More Like an Ant Than a Cigale Because I Like to Sing in Winter. 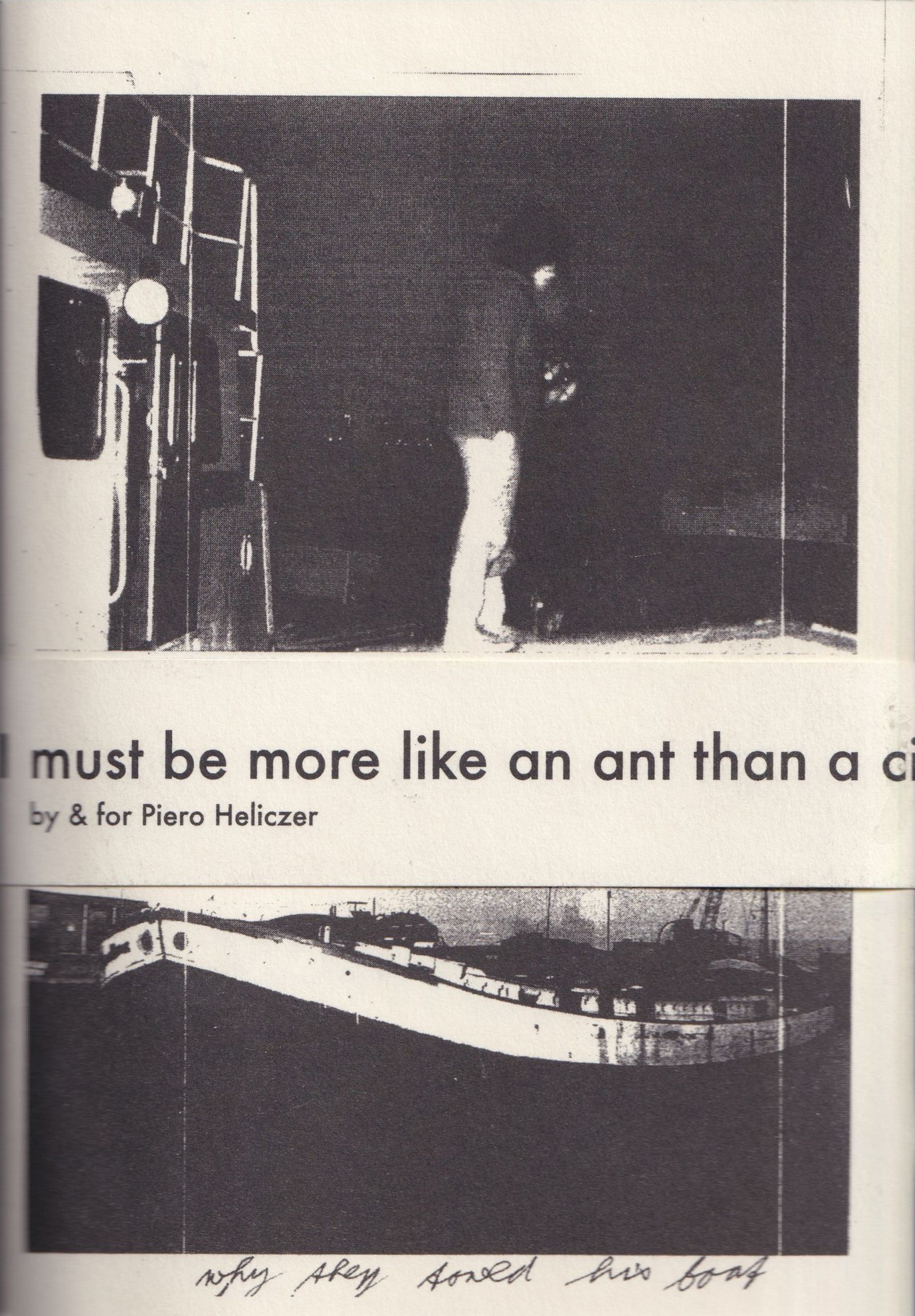 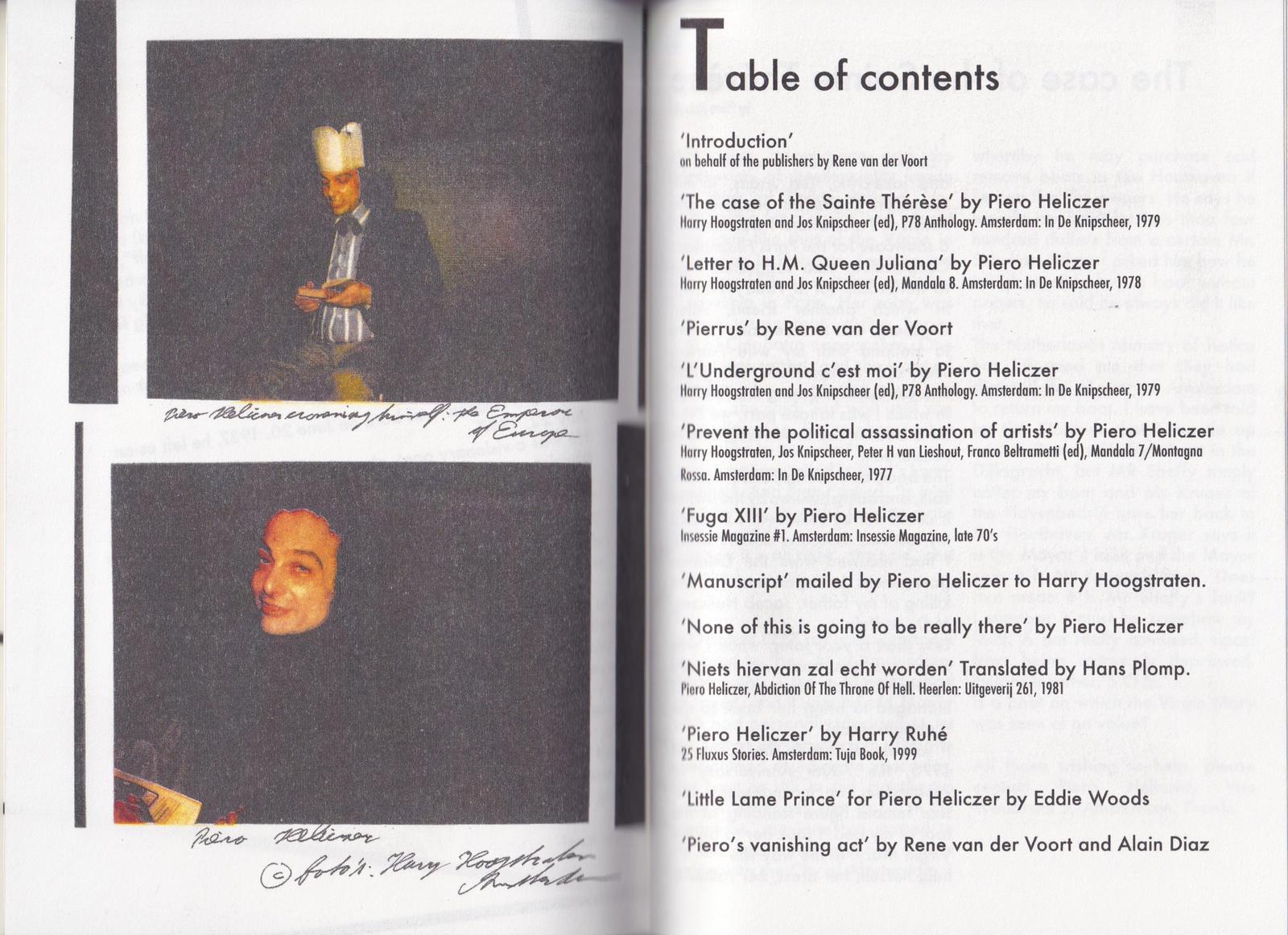 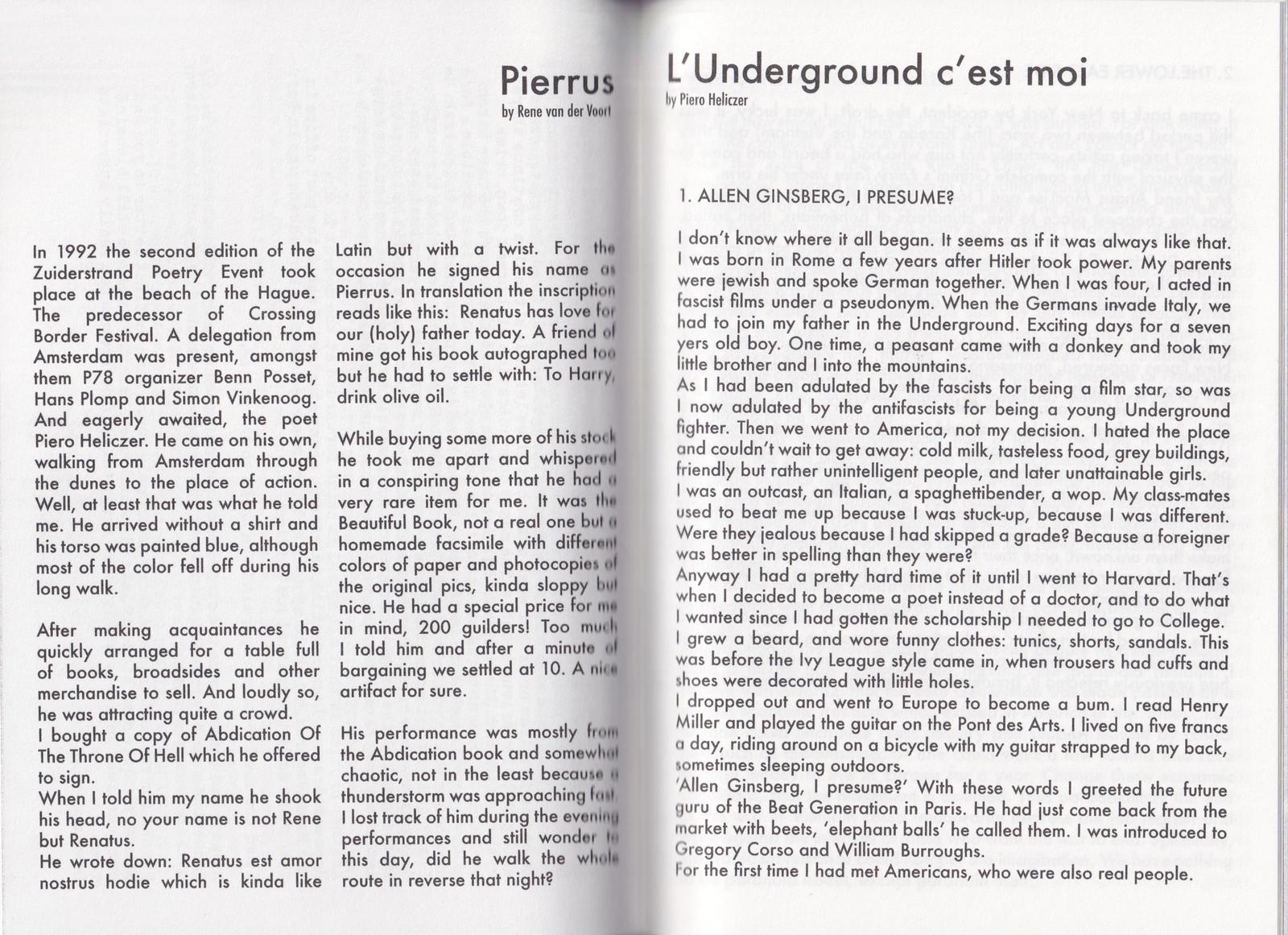 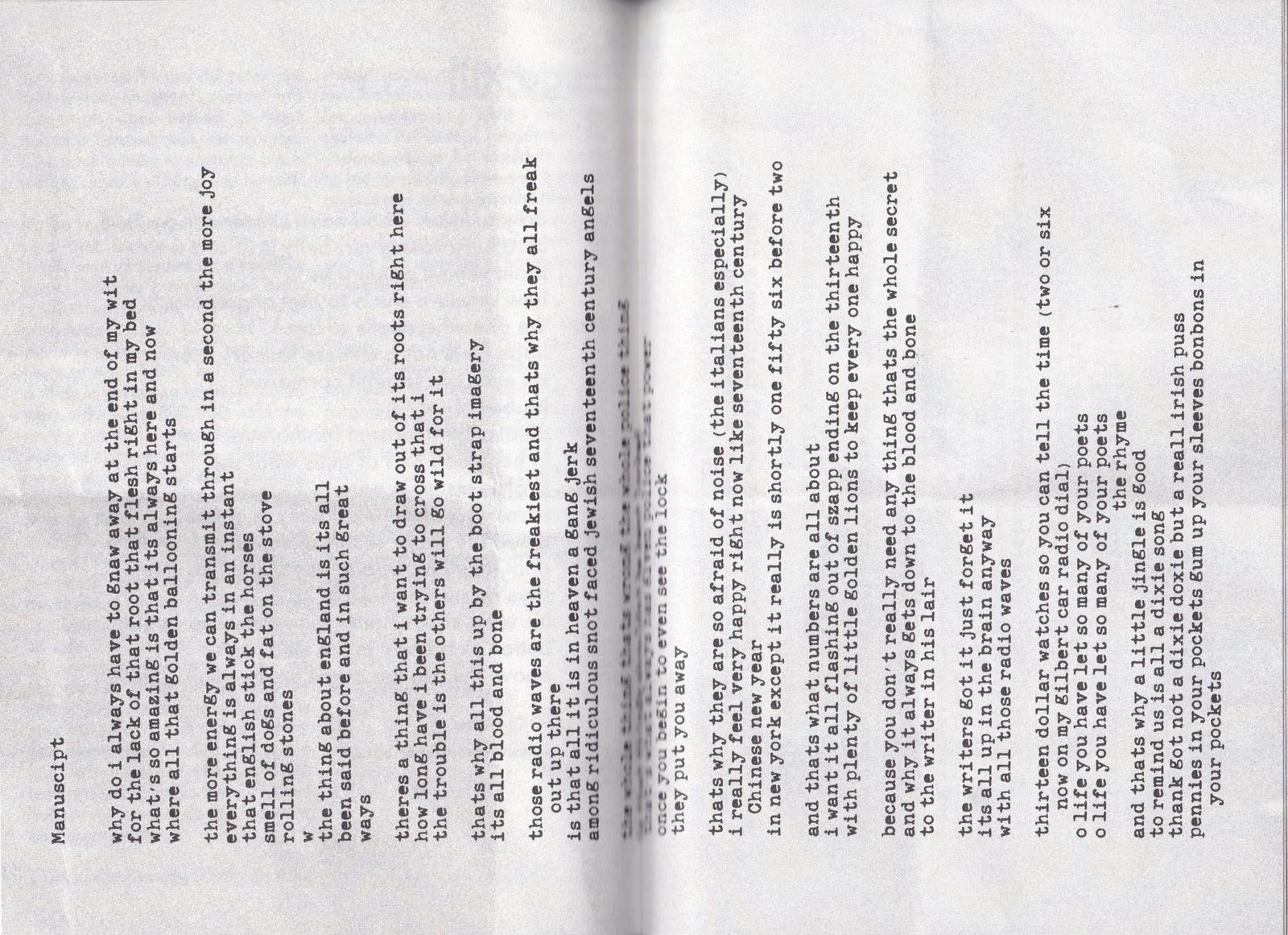 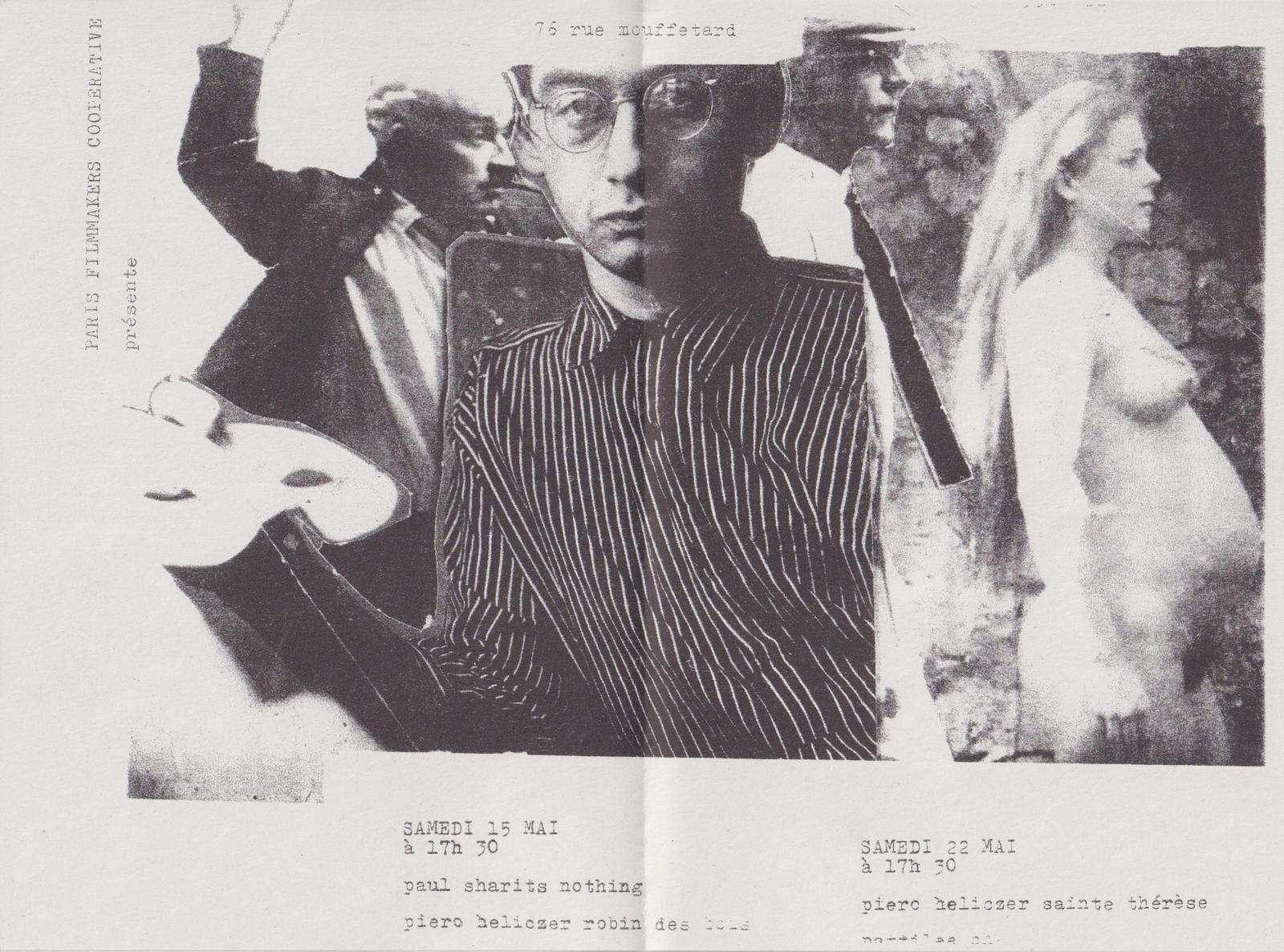 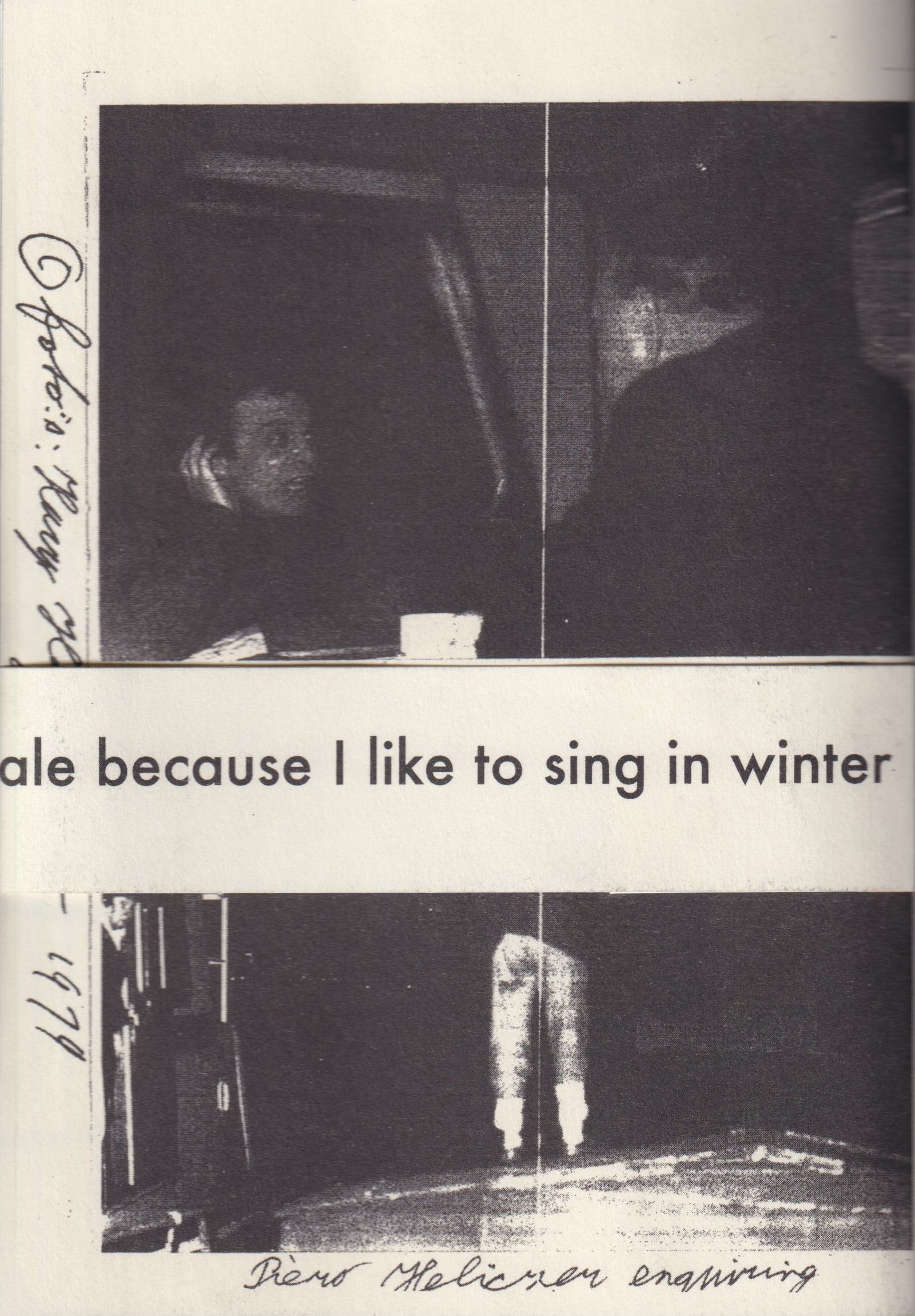